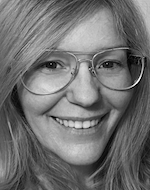 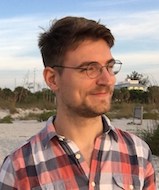 Stephen Wardell (he/they) is a queer filmmaker from the Midwest. They approach filmmaking as a lifelong, personal practice. His reasons for making films are always shifting, but often it comes from a desire to build community through a group production. Other times it is a desire for a solitary, mindful process. Their work ranges from experimental 16mm practices to documentary to fiction filmmaking. They are interested in queer filmmaking not as a process of increased representation in an industry, but as an anti-industry phenomenological process of interrogating production hierarchies, narrative elements, and film form. He often works in collaboration with his large family, and is interested in situating his process with the people, places, and spaces that are close to his heart.

Before seriously pursuing filmmaking, Stephen studied philosophy and worked in an adult foster home for developmentally disabled adults. He has also served in AmeriCorps, and worked for the state of Michigan trying to increase post-secondary education attainment in low-income high schools. These jobs were meaningful but exhausting, and filmmaking became a way to balance a service-oriented life with play, the pursuit of joy, and queer expression. This search for balance continues to be a defining theme in their life and work.